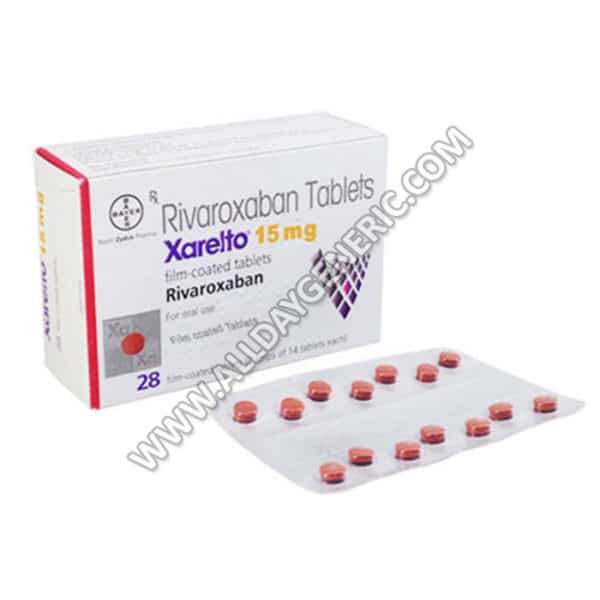 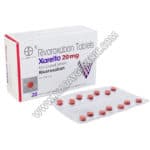 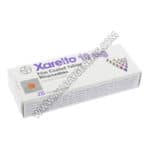 Xarelto 15 mg (Rivaroxaban) is a prescription medicine used to prevent blood clots. Buy Xarelto Generic Rivaroxaban online from at low price and save up to 70% when you are buying a product from alldaygeneric.com. Get order easy at your doorstep with our fastest delivery service. Know its Xarelto 15 mg price, reviews, side effects, how to use, how to work, etc. Rivaroxaban comes as 2.5 mg, 10 mg, 15 mg and 20 mg tablets.

What is Xarelto Used for?

Rivaroxaban 15 mg is used to reducing the risk of stroke and blood clots in people who have a medical condition called atrial fibrillation that is not caused by a heart valve problem. Xarelto Generic is also prescription for deep vein thrombosis and pulmonary embolism, and to help reduce the risk of these conditions occurring again, and to reduce the risk of forming a blood clot in the legs and lungs of people who have just had knee or hip replacement surgery.

How Does Xarelto Generic Work?

Blood clotting starts when blood cells called platelets clump together and produce chemicals that activate clotting factors in the blood. The activated clotting factors cause a protein called fibrinogen to be converted into another called fibrin. Fibrin binds the platelets together, forming a blood clot. Xarelto 15mg works by binding to clotting factor Xa, and this ultimately reduces the formation of fibrin and makes the blood less able to clot.

How to Take/Use Xarelto Generic?

Xarelto 15 mg (Rivaroxaban 15 mg) tablets can be taken either with or without meals. All strengths of Rivaroxaban tablets should be consumed with a drink of water. If you have difficulty swallowing the pills whole, you can crush (break) them and mix them with water or apple puree immediately before taking.

The dose prescribed and how often you require to take it depends on the reason for taking medicine. Some question blink in your mind such as what time of day should xarelto be taken?

Preventing Blood Clot for the Leg or Lungs

Who Should not take Xarelto Generic?

No, if you are taking other drugs then inform your doctors about it, before starting to take Xarelto 10mg

No, it increases the risk of stomach bleeding.

No, because Xarelto 10mg could be harmful to a developing baby and also should not breastfeed.

Why Xarelto 15 mg from AllDayGeneric?

Be the first to review “Xarelto 15 mg (Rivaroxaban)” Cancel reply