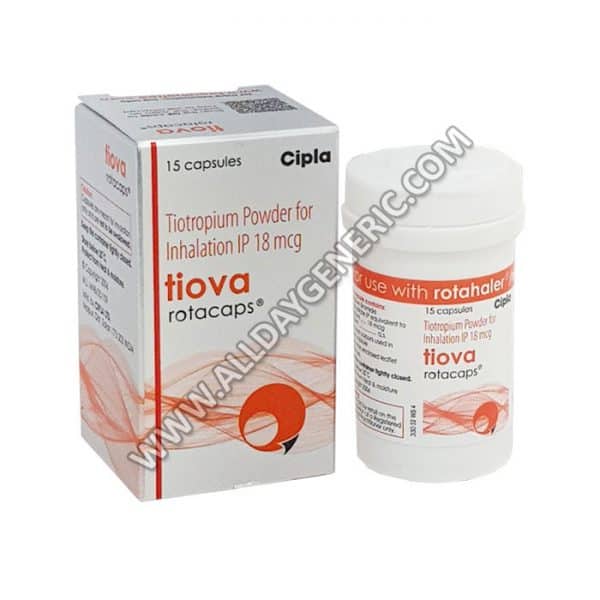 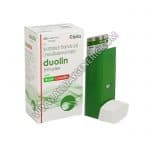 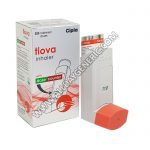 Tiova Inhaler
4.75 out of 5
4 customer reviews|Add a review

Tiotropium bromide generic this is the drug that is involved in making breathing easier for the people suffering from, chronic obstructive pulmonary disorder. This medicine is intended for the oral inhalation only with the help of an inhalation product. Tiotropium bromide is an anticholinergic bronchodilator that relieves the discomfort caused by COPD i.e. chronic obstructive pulmonary disease (chronic bronchitis and emphysema).this medicine is however not recommended for use in acute exacerbations. The drug is administered using a Handihaler inhalation device. Tiotropium comes in a capsule formulation.

Tiova rotacaps is an anticholinergic agent. It works on smooth muscles of the airways and inhibits the effects of a chemical called acetylcholine, thereby not allowing the airways to contract. This in turn opens the airways and makes it easier to get air in and out of the lungs.

You should not take this drug if you:

Tell your doctor as soon as possible if you notice any of the following:

White patches in your mouth or throat.

In such cases you must go for immediate medical help. Do not get alarmed by the list. You may /may not experience all of them.

Q. Is tiotropium a st***d, an opiate, anticholinergic?
Tiotropium is anticholinergic drug which opens the airways and makes it easier to get air in and out of the lungs, thereby relieving breathlessness. It doesn’t contain st***d components.