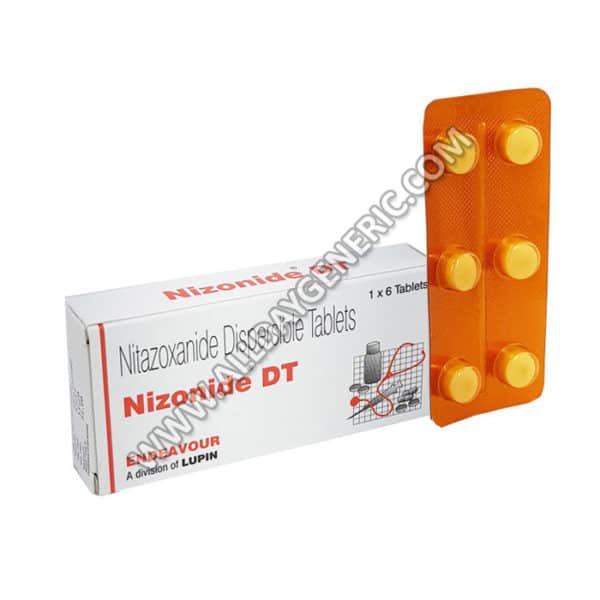 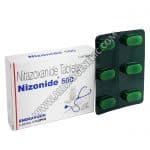 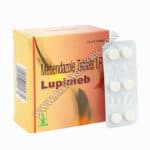 Buy Nizonide 200 mg (Nitazoxanide), Nitazoxanide is used to treat traveler’s diarrhea or diarrhea caused by parasites (protozoans) such as Giardia lamblia or Cryptosporidium parvum. Nitazoxanide is an antiprotozoal agent that belongs to class of medicine called amebicides. It prevents the growth of infection causing parasitic micro-organism.

Nitazoxanide is an antiprotozoal drug which is prescribed for the treatment of diarrhea in adults and children caused by protozoa Giardia lamblia as well as protozoa Cyptosporidium parvum. These conditions are known as traveler’s diarrhea. It is sold as Alinia and Nizonide (made by Lupin) among a host of several other trade names across the world. Nitazoxanide may also be prescribed for other conditions not described here.

Nitazoxanide is used to treat traveler’s diarrhea or diarrhea caused by parasites (protozoans) such as Giardia lamblia or Cryptosporidium parvum.

Nitazoxanide is an antiprotozoal agent that belongs to class of medicine called amebicides. It inhibits the production of certain chemicals and substances essential for energy metabolism and growth of the parasite.

What precautions need to take before using Nizonide DT 200 mg?

What if I miss a dose?

Missing even a single dose of medications like Nitazoxanide can be harmful. Take your medication as scheduled. However, if you miss to take a dose on time, take it at the moment you remember it. But skip the missed dose if the time to take the next scheduled dose is almost near. Do not take extra doses to compensate for the missed dose.

What if I overdose?

In an event of an overdose of Nitazoxanide, call the Doctor Immediately. Overdose of this medication may cause some of the side effects listed in this guide.

Nitazoxanide can be taken during pregnancy if the benefit outweighs the risk.

Nitazoxanide is safe if taken at prescribed dose and duration as advised by your doctor.

Nitazoxanide is an antiprotozoal agent that belongs to amebicides class of drugs.

No, doctor’s prescription is required to purchase nitazoxanide.

Due to the COVID-19, Government has decided to hold all services till 16th of April-2020 or may be this duration extended. So all orders will be take in charge by 3rd or 4th week of April.No orders shall be fulfilled right now. Please contact us after 16 of April 2020 for further notification.We appreciate your understanding!!"Follow the respective countries government guidelines to fight with Corona" Dismiss