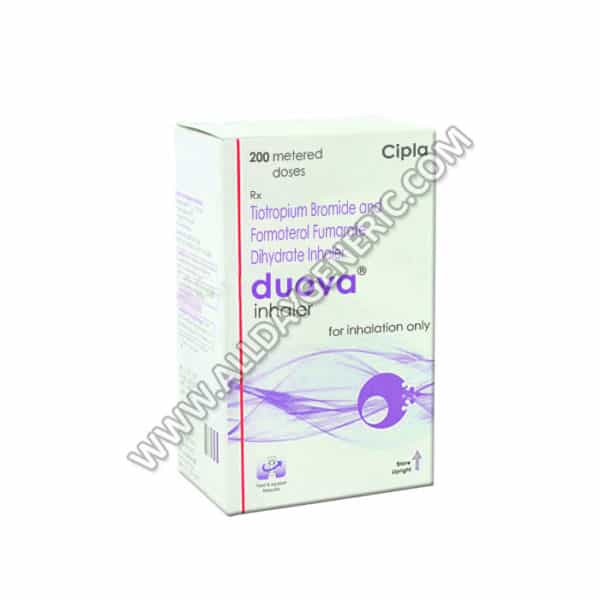 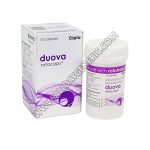 Tiotropium bromide and Formoterol inhaler combination drug is involved in making breathing easier for the people suffering from, chronic obstructive pulmonary disorder. It is available in the dosage form of capsules containing a dry powdered formulation of the two drugs Tiotropium and formoterol that is intended for the oral inhalation only with the help of an inhalation product.

Formoterol inhaler is an anticholinergic bronchodilator that relieves the discomfort caused by COPD i.e. chronic obstructive pulmonary disease (chronic bronchitis and emphysema). Formoterol on the other hand is a long-acting bronchodilator.

The drug acts as a bronchodilator, producing the dilatory effect on smooth muscles and increases the mucus secretion from the nasal passage and bronchioles. Formoterol inhaler and Tiotropium bromide inhaler both are rapid-onset and long-acting selective beta-agonist and bronchodilator that relaxes the muscles of the small airways of the lungs (bronchioles) to widen the airways.

Do not swallow the capsules as they are for inhalation purpose only. Following are the ways to take the medicine:

Q.Is formoterol a st**d?
Formoterol belongs to a class of medication called long acting beta agonists. It is not a st**d; however it is available in combination with st**ds as an inhaler.

Q.How does formoterol work? How long does it take to work and how long does it stay in the body?
Formoterol belongs to a class of medication called long acting beta agonists. It helps in relaxing the muscles of the air passages, thus widening it and making it easier to breathe. Formoterol works best if taken before exercising or heavy work and another dose should not be taken in the next 12 hours. It is a long acting drug which is known to be effective for 12 hours in the body.

Q. Should formoterol be taken by pregnant women?
Formoterol should be taken by pregnant women only under the strict instructions and guidance of a doctor.
Tiotropium
Q. Is tiotropium safe in pregnancy?
Tiotropium should only be used if the potential benefits justify the potential risk to the baby. Please follow your doctor’s advice regarding its use.

Q. Is it safe to use tiotropium during breastfeeding?
Tiotropium should be given only if the potential benefit justifies the potential risk to the infant. Please follow your doctor’s advice regarding its use.

Q. Is tiotropium a st**d, an opiate, anticholinergic?
Tiotropium bromide inhaler is anticholinergic drug which opens the airways and makes it easier to get air in and out of the lungs, thereby relieving breathlessness. It doesn’t contain st**d components.

Be the first to review “Duova Inhaler” Cancel reply