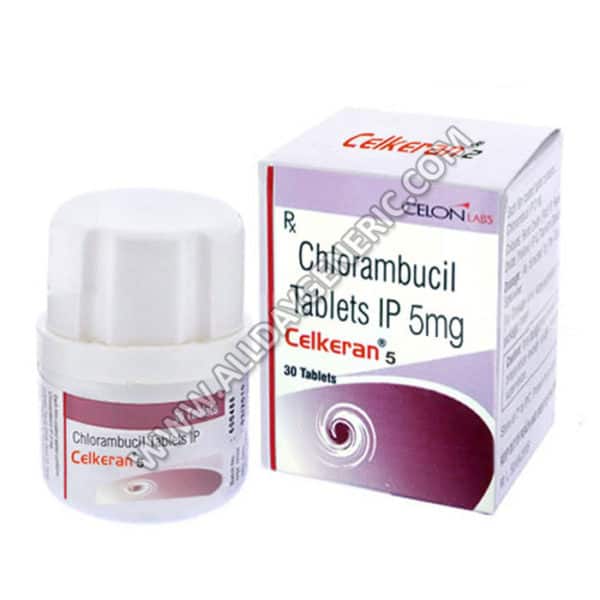 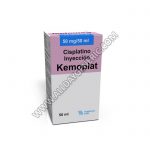 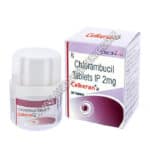 Celkeran 5 mg is used in combination to treat some types of blood cancers like Hodgkin’s disease (cancer of lymphatic tissues typically causing painless enlargement of the lymph nodes, liver, and spleen), certain forms of non-Hodgkin’s lymphoma, chronic lymphocytic leukemia (cancers of the lymph tissue that affects a type of white blood cell called B-lymphocytes). It is also used to treat Waldenstrom’s macroglobulinemia (rare blood condition involving the release of an abnormal protein, macroglobulin, into the blood).

Celkeran 5 mg belongs to a class of drugs called nitrogen mustard derivatives. It kills the cancer cells by interfering with DNA replication, and also by directly slowing or stopping their growth.

Do not receive live vaccine (such as measles, mumps, rubella and others) while using chlorambucil, and avoid contact with anyone who has recently received a live vaccine as there are chances that the virus could be passed on to you.
You may be regularly monitored for blood count while taking Celkeran 5 mg.
Do not take chlorambucil if you have recently undergone radiotherapy or received other cytotoxic agents.
Caution has to be followed if you have a liver or kidney problems.
Regular monitoring is required if your child is having nephrotic syndrome; or if you have been prescribed high pulse dosing regimens and have a history of seizure disorder.
Do not take Celkeran 5 mg if you have rare hereditary problems of glucose intolerance, the Lapp lactase deficiency or glucose-galactose malabsorption should not take this medication.
Tell your doctor if you are or planning to become pregnant or are breastfeeding.

Q. Is chlorambucil safe during pregnancy?
Chlorambucil may harm the baby and is not safe for use in pregnancy. It should only be given if there is no other alternative drug. Please follow your doctor’s advice regarding its use.

Q. What is chlorambucil used for?
Chlorambucil is used to treat some types of blood cancers like Hodgkin’s disease (cancer that starts in blood cells that are part of immune system), certain forms of non-Hodgkin’s lymphoma, chronic lymphocytic leukemia (disease where the bone marrow produces a large number of abnormal white cells. It is also used to treat Waldenstrom’s macroglobulinaemia (rare blood condition involving the release of an abnormal protein, macroglobulin, into the blood).

Q. How is chlorambucil excreted?
Chlorambucil is metabolized in liver to form nontoxic compounds which are excreted in urine.

Q. Why is chlorambucil toxic to cancer cells/ how does chlorambucil work?
Chlorambucil belongs to a class of drugs called nitrogen mustard derivatives which kill the cancer cells by interfering with DNA replication, and also by directly slowing or stopping their growth.

Q. Does chlorambucil need to be refrigerated?
Chlorambucil has to be stored in a refrigerator at 5 °C – 8 °C.

Be the first to review “Celkeran 5mg Tablet” Cancel reply