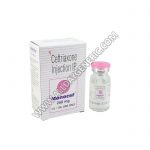 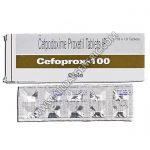 Cefoprox 200 mg is cephalosporin antibiotic, prescribed for certain types of bacterial infection. It works by fighting against the bacteria in the body. Cefpodoxime Proxetil is available as Cefoprox.

Cefpodoxime is an antibiotic drug that belongs to a group of medicines known as cephalosporin antibiotics. It is prescribed for the treatment of various bacterial infections.

How to Use Cefoprox 200 Tablet?

Cefpodoxime Is A Cephalosporin Anti-Bitoic; It Is A Broad Spectrum Anti-Biotic And Is Used In The Treatment Of Various Bacterial Infections Especially Respiratory Tract Infections, Skin Infections, And Urinary Tract Infections. Infections that develop in the ear, throat, or nose, and gonorrhea. It treats these infections by not the bacteria from growing further. This medication is available as a tablet and syrup too and is generally taken with 12 hours intervals.

Cefoprox 200 Tablet is an antibiotic.  It works as a bactericidal by binding to the penicillin-binding proteins and inhibits the bacterial cell wall synthesis.

It works by interfering with the formation of the outer cover (cell wall) of bacteria so that the wall ruptures and results in the death of the bacteria.

As far as possible, never miss a Cefoprox dose. It is advisable to skip the missed dose if it is already time for your next scheduled dose. Do not use extra medicine to make up for the missed dose.

Seek emergency medical treatment or contact the doctor in case of an overdose.

Do not take Cefoprox 200 mg. if you are allergic to it or other cephalosporin antibiotics such as cefaclor, cefdinir, cefditoren, cefprozil, ceftazidime, cefuroxime, or others.

Before taking Cefoprox 200 mg, let your doctor known if you have or had a history of any of these conditions: liver or kidney disease, a stomach or intestinal disorder such as colitis, diabetes, or if you are malnourished.

Is cefpodoxime a strong antibiotic?

Cefpodoxime is known as a cephalosporin antibiotic. It works by stopping the growth of bacteria. Cefpodoxime treats only bacterial infections. Unnecessary use or misuse of any antibiotic can lead to its decreased effectiveness.

What does cefpodoxime treat?

Cefpodoxime is used to treat certain infections caused by bacteria such as bronchitis, pneumonia; gonorrhea, and infections of the skin, ear, sinuses, throat, tonsils, and urinary tract.

Disclaimer: The information produced here is best of our knowledge and experience, and we have tried our best to make it as accurate and up-to-date as possible, but we would like to request that it should not be treated as a substitute for professional advice, diagnosis or treatment.

AllDayGeneric is a medium to provide our audience with the common information on medicines and does not guarantee its accuracy or exhaustiveness. Even if there is no mention of a warning for any drug or combination, it never means that we are claiming that the drug or combination is safe for consumption without any proper consultation with an expert.

AllDayGeneric does not take responsibility for any aspect of medicines or treatments. If you have any doubts about your medication, we strongly recommend you to see a doctor immediately.