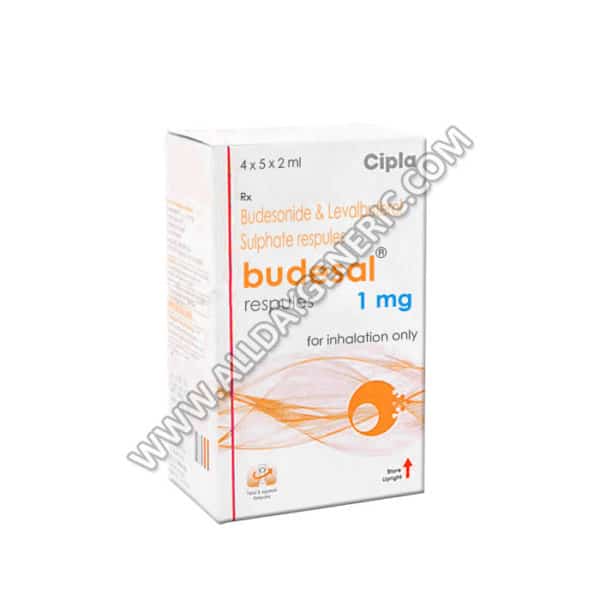 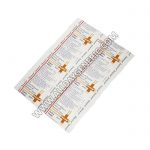 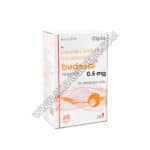 Budesal Respules (Budesonide respules) is used in the form of an inhaler for the treatment of asthma. It is also used for prevention and treatment of various allergies of the nose, throat or the lungs.It is used to prevent reversible airways obstruction occurring during asthma, infections of airway passages (bronchitis), emphysema, and other lung diseases.

Budesal Respules belongs to a group of medicines called as corticost***ds. It works by reducing swelling and inflammation in the nose, throat, lungs or intestine. Budesonide respules is used to treat wheezing and shortness of breath that commonly occur with lung problems (e.g., asthma, chronic obstructive pulmonary disease). Controlling these symptoms can decrease time lost from work or school. Levalbuterol is a bronchodilator (beta-2 receptor agonist) that works by opening breathing passages to make breathing easier.

Irritability, Slow growth in children and adolescents, Indigestion, Heartburn, Restlessness, Depression, Mild sore throat, Stomach pain, Effect on adrenal gland., Belching, Blemishes or pimples on skin, Loss of voice, Acidity, Hoarse voice and cough, Clouding of lens in the eye, Excitation, Rounded face and stuffy nose.fungal infection of the mouth, Bruising of skin.inhalational corticost***ds may affect the level of st***ds in the body which may lead to glaucoma, Nervousness, Anxiety and sleeping problems

• Eating smaller, more frequent meals and drinking plenty of fluids is helpful while taking Budesonide respules.
• Take the drug with meals to avoid stomach upset.
• Take the drug at the same time every day.
• Do not take Budesonide respules if you are allergic to it.
• Don’t stop taking this medicine suddenly. Your doctor will slowly adjust your dose to avoid unwanted side effects.
• Inform your doctor if you are pregnant or breast-feeding a baby.
• Ask your doctor or nurse on instructions to use the Budesonide respules before use.
• Inform your doctor if you have breathing problems or tightness in the chest even after taking the medicine.

Q. Are budesonide and albuterol same?
No. Budesonide is different from albuterol which is a beta-receptor agonist drug. Both are used
to treat asthma.

Be the first to review “Budesal Respules 1 mg” Cancel reply